Markópoulo (Greek: Μαρκόπουλο Μεσογαίας) is a market and farming town in Attica, east of Athens. For many years, it was a bustling market center that retained its small-town look, although it was only an hour or so drive from Athens. But recently, developers built houses and condominium apartments, some out in the olive fields. As usual, I am mystified; who are the potential customers? Today, Athens Elefthérios Venizélos International Airport is only a few kilometers away and the area is slowly becoming more commercial. 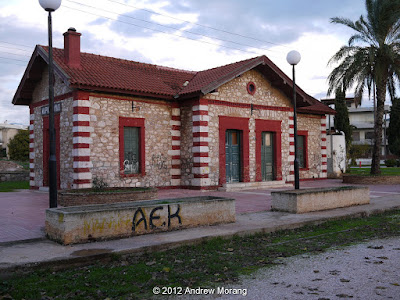 Quite by accident, I came across the historic railroad station. The Attica Railway (Greek: Σιδηρόδρομοι Αττικής) once linked Markópoulo with other rail lines near Kifissia (and connection with northern Greece) and with the town of Lavrion. The track was 1,000 mm (3 ft 3 3⁄8 in) (metric gauge). Since prehistoric times, silver was mined in Lavrion.  This silver once funded the classical Athenian society and construction of monumental temples like the Parthenon (but note, the mines were worked by slaves; democracy did not extend to everyone). In the late-1800s, Greek and French companies mined lead, manganese and cadmium, leading to construction of this rail line in the late-1880s. 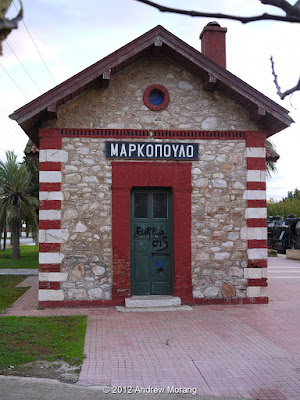 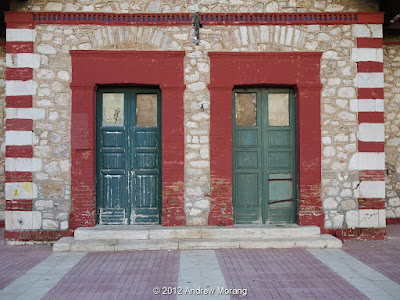 The handsome old railroad station was last used in 1957 and fell into bad repair, but the municipality restored it in the late 1980s. According to Wikipedia, passenger service was discontinued in 1957 due to political lobbying by private bus companies. 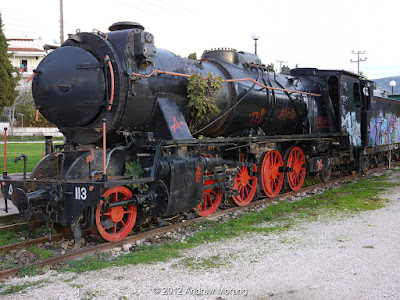 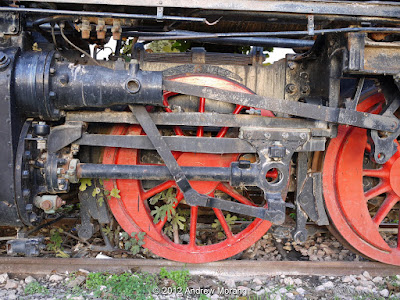 This locomotive sits forlorn and unhappy, but it was once a proud representative of the railroad system. 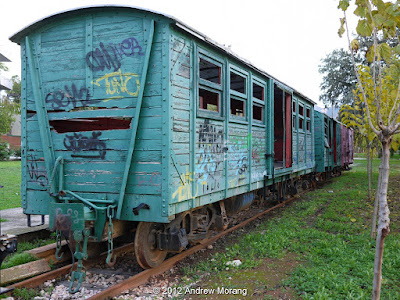 The rail cars are in poor shape, and one suffered a fire.

This is the fifth post on Greek railroads. If you are interested in the topic, here are previous articles:

Photographs taken with a Panasonic G1 digital camera with Lumix 20mm f/1.7 lens. I thank my sister, who loaned me her car for this excursion.
Posted by Kodachromeguy at 04:53


I’m not sure where you are getting your info, but good topic. I needs to spend some time learning much more or understanding more. Thanks for wonderful information I was looking for this information for my mission.