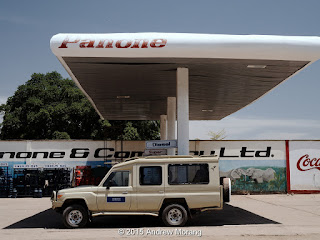 What do you do on a hot sunny afternoon when your driver broke the tip of the ignition key off in the ignition while he was refueling? Well, you walk around Mto Wa Mbu, check out the scene, take some photographs, and wonder how long you might be hanging around. 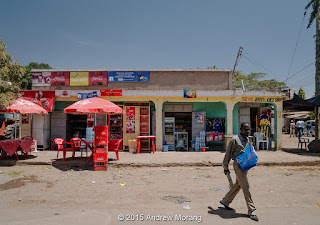 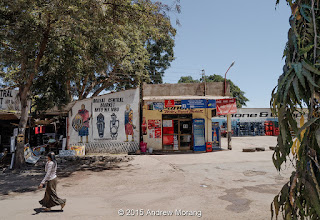 Mto Wa Mbu is on Route B144 just north of Manyara National Park and a few kilometers north of Tarangire National Park, Tanzania. It is about 3 hours drive west of Arusha, and most tourists probably rush on through unless they need some diesel. 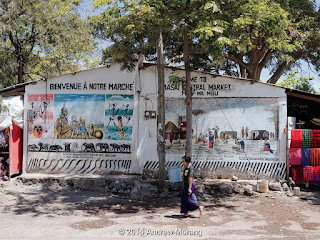 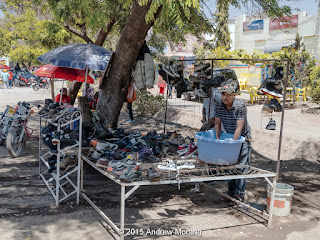 This is a cheerful town. There were people fixing things, carrying bags of grain or rice, working on motor scooters, and selling souvenirs. I do not understand: Tanzania is a poor country, but it looks like it is on the way up. Streets are being paved, people are working, internet is spreading, shops sell goods, traffic is heavy, farmers are busy, small schools and training academies thrive, and the people are proud, cheerful, and polite. But when I drive through the Mississippi Delta, Greenville, Rolling Fork, or even Jackson, the towns are crumbling and dirty, demonstrating our race to the bottom. Enough said. 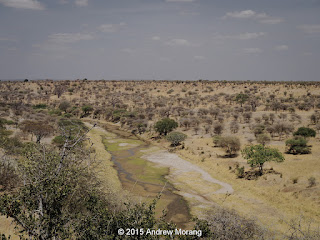 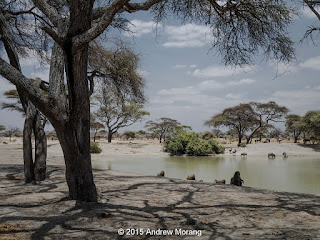 As I wrote above, Mto Wa Mbu is a transit point en route to the national parks. Tarangire National Park, a few km south, is a place of profound beauty and peacefulness. We had wonderful birding and saw the usual cast of larger residents, such as elephants, gazelle, and baboons. 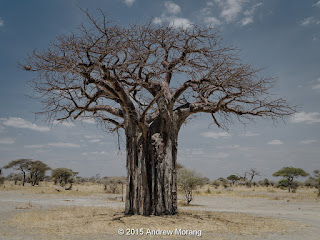 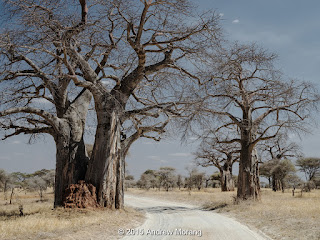 The ancient baobab trees are absolutely amazing. And they may be over 1,000 years old.

I took these photographs with a Panasonic Lumix G3 digital camera and the Panasonic 12-32mm lens. I opened the raw files with Adobe Photoshop Elements 11 (with Adobe Camera Raw 7.4) and then used the Kodachrome 25 film emulation in DxO FilmPack 5. The K25 increased contrast (as per the original film), so I had to reduce contrast when initially opening the RAW file. Also, on most, I increased exposure in the shadows to prevent their becoming completely featureless, so possibly I am not really replicating K25. But all in all, I like the K25 look; it reminds me of my film days.
Posted by Kodachromeguy at 13:09