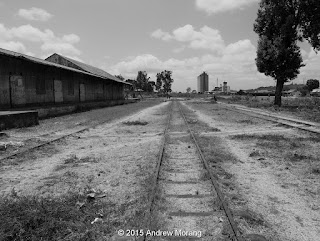 Dear Readers, sorry, the title is a bit deceptive. There are no trains to Arusha, and I think the last one left the station at least a decade ago. Arusha is a bustling commercial city in north central Tanzania. Most western visitors know it as a gateway to safaris in the Tanzanian game parks or as a gathering point before a climb of Kilimanjaro. Arusha itself does not offer much for the tourist, but it is busy, noisy, grubby, and colorful. 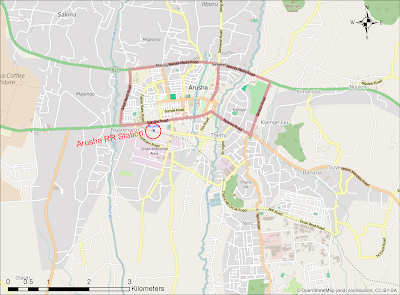 The railroad was built in the early 20th century, during the great era of railroad-building around the world. The official Tanzanian railroad web page states,

"Construction of the 86.08 km Moshi-Arusha railway extension of the Tanga Line starting at Moshi in 1911 and reaching Arusha in 1929. The railway distance from Arusha to Tanga and Dar es Salaam is 437km and 644km respectively."

My guide, Morris, said the railroad was built by the Germans. He was partly correct because while the Germans were forced out of their African colonies in World War I, they certainly began the construction project when Tanzania was part of German East Africa. According to Wikipedia, Germany controlled this part of east Africa from the 1880s to 1919, when, under the League of Nations, it became a British mandate. 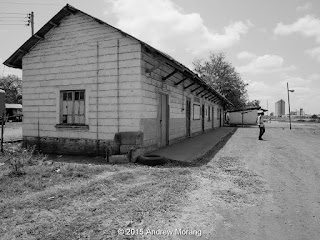 On my first day in Arusha, I asked Morris to take me to the train depot. He was surprised, and said he had never had a tourist ask him to go there. We took rides with rent-a-motorbike transport guys. Mine had a spare helmet and was very careful, avoiding the rain gutters that line most of the roads. Some of these are serious troughs, about a meter deep and lined with organic debris of unknown aromatic origin. The depot buildings are in a warehouse part of town. Lorries were parked in the dust. 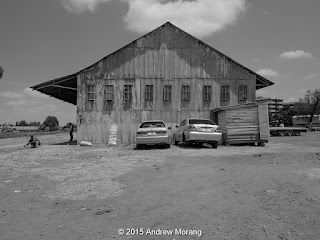 The buildings were intact and secure, so someone still takes responsibility. 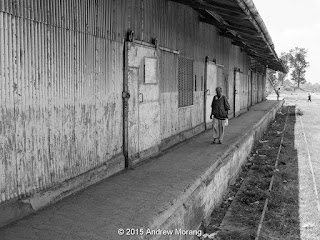 The tracks were meter gauge, another remnant of the German origins for this project. 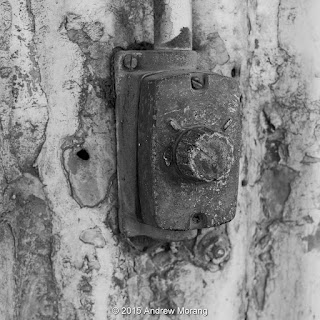 The electric supply from the mains is a bit erratic in Arusha, meaning often there is no electricity. 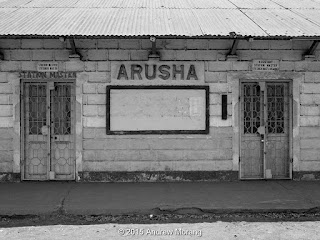 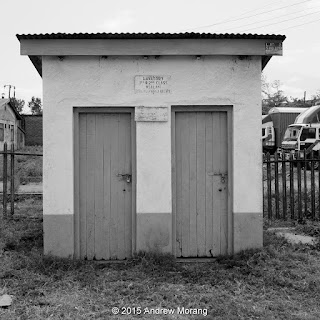 Were there once 1st and 2nd class outhouse stalls? Odd. 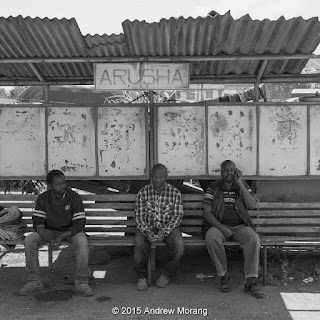 Some gents were sitting at once of the platforms. Morris asked them if I could take their portrait. They said they did not see many white people (Westerners?) around there. 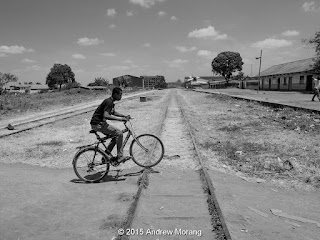 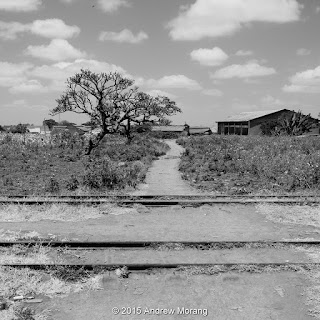 It was pretty sleepy on the track side of the depot. The bugs were buzzing, the sun blazing - time for a nap. 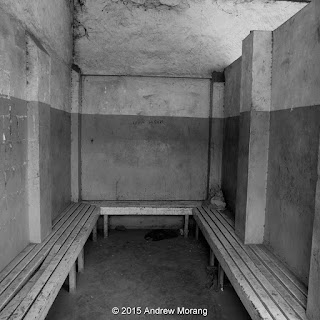 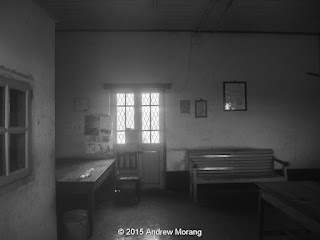 There was not much happening inside, either. The buildings are locked, so someone has possession. I hope they can one day restore train service. 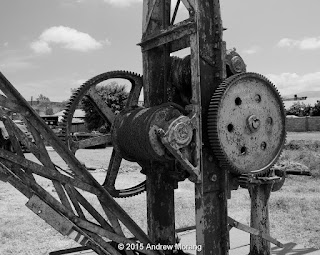 I took these photographs with a Panasonic G3 digital camera with the Panasonic Lumix 12-32mm lens, and added a polarizing filter for scenes with sky. To convert to black and white, I opened the RAW files in Adobe Photoshop Elements (using ACR 7.3), then opened DxO FilmPack 5 to use one of the black and white emulations. Most of the time, the Kodak Tri-X was best, but on some very contrasty scenes, Kodak BW400CN retained detail in the shadows. I usually added the yellow filter to darken the sky a bit.
Posted by Kodachromeguy at 16:16

This was interesting. It almost seems you could be in the Delta.