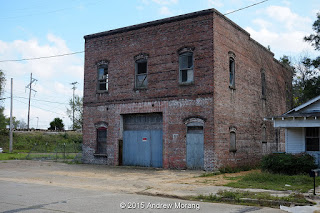 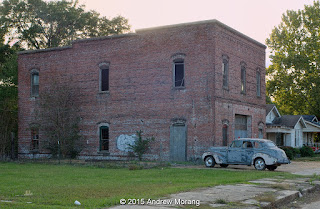 Jackson west of the railroad tracks was once a prosperous, busy area of small shops, warehouses, and industrial concerns. Further west were tree-shaded neighborhoods, schools, and churches. Today, warehouses are boarded up, houses are abandoned or crumbling, and empty lots give little clue as to what was once there. A few weeks ago, I drove south on South Gallatin Street and saw a brick warehouse at the intersection with West Porter Street. It warranted a few photographs. I think the street address would be 2034. 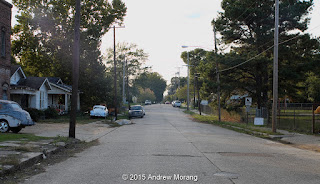 This is the view west along West Porter at sunset in November. 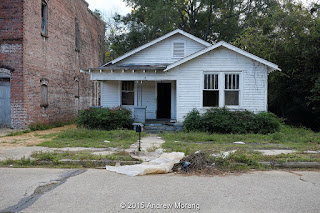 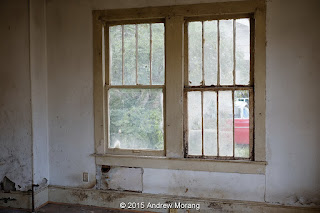 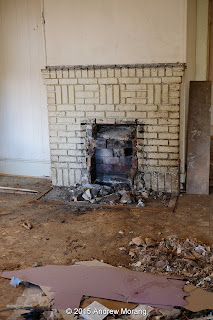 The little cottage at 2032 West Porter was abandoned. The small fireplace was probably intended for a coal stove insert. 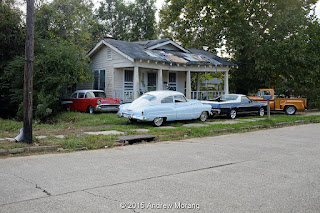 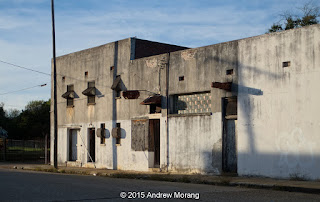 On the north side of West Porter is another warehouse or shop. I could not tell if any part of the building is occupied. 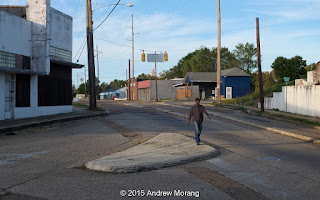 This is the view north along Gallatin Street. It is somewhat desolate now. 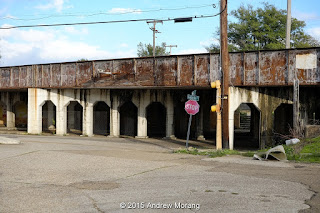 These are the Kansas City Southern railroad tracks at the Gallatin Street underpass. These massive girders are early 20th century, the great era of railroad construction.

Photographs taken with a Fujifilm X-E1 digital camera, with some frames through a 35mm f/2.8 Olympus shift lens (to eliminate converging lines). I processed some of the RAW files with PhotoNinja software.
Posted by Kodachromeguy at 19:57

My grandparents lived not far from here on Hooker St. We used to ride bikes and play all day in the summer. You wouldn't recognize it now.