This is a continuation of my irregular series on country stores and no. 02 in my irregular series on Abandoned Films ("Films from the Dead?).
It was almost 95° F. one typical day last summer; I had received my Rolleiflex camera back from repair and wanted to test it. Where to go? Well, Church Hill, on Rte. 533 south of Alcorn State University, had an old country store, so off I went. It was also a good opportunity check some long-expired Kodak Ektar 25 film. This was one of the finest-resolution color print films ever made, and I still had 5 rolls in the freezer. 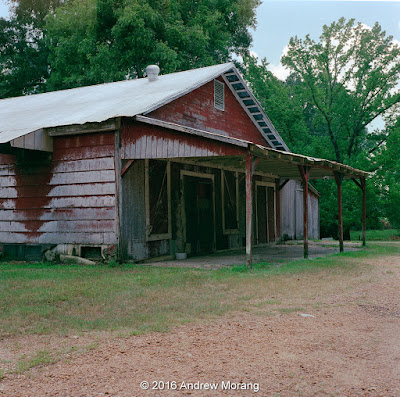 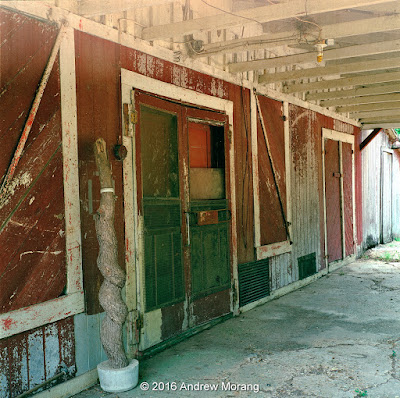 By the time I reached Church Hill, the temperature was converging on 100° (37° C.) and the light was harsh and glarey. OK, typical Mississippi August day. Just be careful to not drip sweat into your viewfinder. There is an old wood grocery store on Rte. 533 a bit north of Church Hill. There was no name on the building. It was secure, so not a derelict. 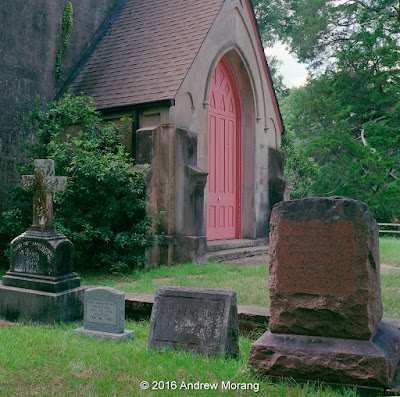 Just to the south, the elegant stone Gothic Revival Church is on a knoll at the road junction. Dating to 1857-1858, it is said to be the oldest Episcopal Church in Mississippi. 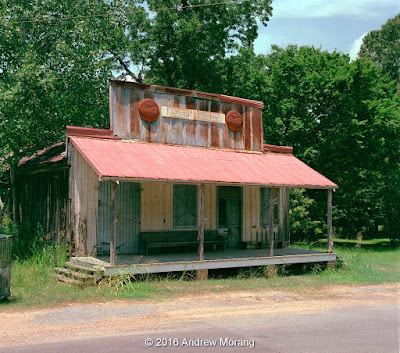 Right across the street from the Episcopal Church is the historic Wagner grocery. The building is reasonably sound and may be under renovation. 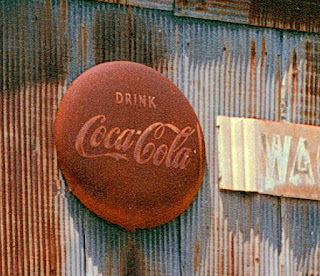 This is a crop from the full-size TIFF file showing the Coca-Cola sign on the building facade. Notice the amazing detail recorded on the Ektar 25 film and this 1950s lens. 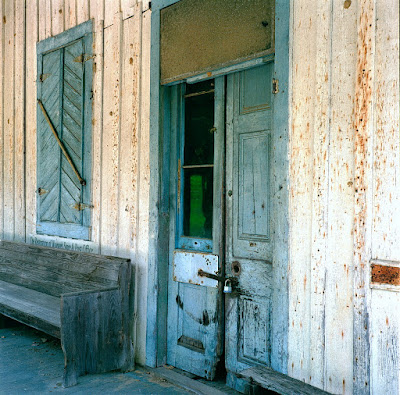 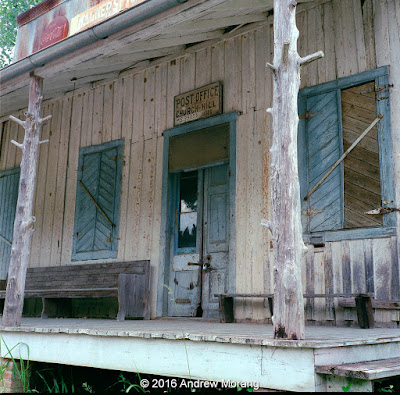 Like many rural stores in the old days, this one served as the local post office for the town of Church Hill. 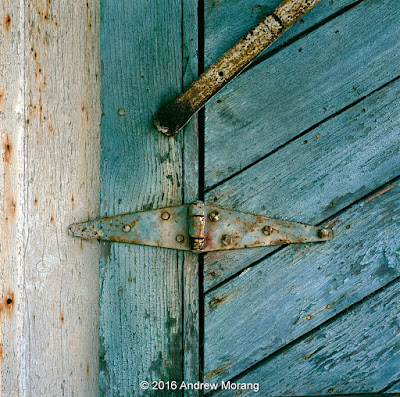 The detail and texture from this 1950s 5-element 75mm ƒ/3.5 Schneider Xenotar lens and the Ektar 25 film is quite amazing. I have no complaints. A modern medium format digital camera might show more detail, but this looks different than digital. Note that scanned at 48-bit full color and at 2820 dpi, the 54×54 mm Rolleiflex negative results in a 218 mbyte uncompressed TIFF file. This film likely contains even more detail, but I do not have a higher-resolution scanner. I tripod-mounted the Rolleiflex camera for all frames.
Posted by Kodachromeguy at 14:58

Those are beautiful! I especially love the last one of the blue shutters and hinges.