Towns in the Texas Panhandle: Nocona and Wichita Falls (Panhandle 2019-02)

On my ambitious road trip to Flagstaff, I drove through north Texas to avoid the Dallas/Fort Worth traffic nightmare. For my first night, I stayed in the town of Denison (see the previous post). From there, it was an easy drive west on US 82 through rolling farms and forests. Compared to driving through Dallas, it was relaxing and scenic. 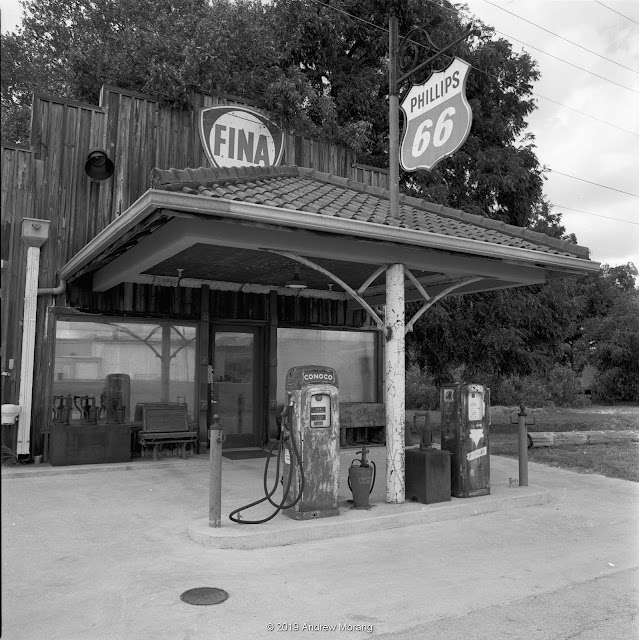 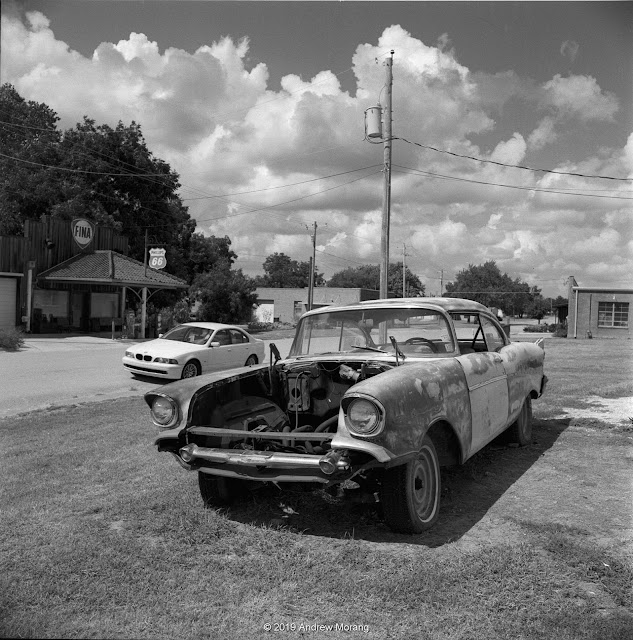 Nocona is a small town Montague County, Texas. I stopped to look for a coffee shop but without luck. However, a few sights on side roads caught my eye. Woody's garage looked old-fashioned, but from Google Maps, I could see that it was only a few years old. Fooled me when I was there. The old Chevrolet needed a bit of work; the gorgeous example in the showroom in Denison was a bit (big bit) better.
Continuing west, I finally reached Wichita Falls in mid-afternoon. I took the exit from US 287 down 6th Street towards the tracks. This is the "big city" of the northeast Panhandle. A friend who has been there on business described it as a quiet, old fashioned, somewhat shabby little city that seems stuck back in mid-20th century. She said generally the people were friendly and nice. 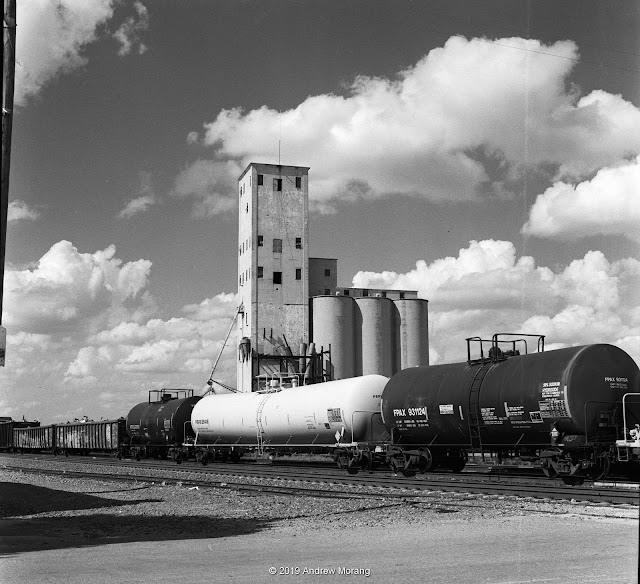 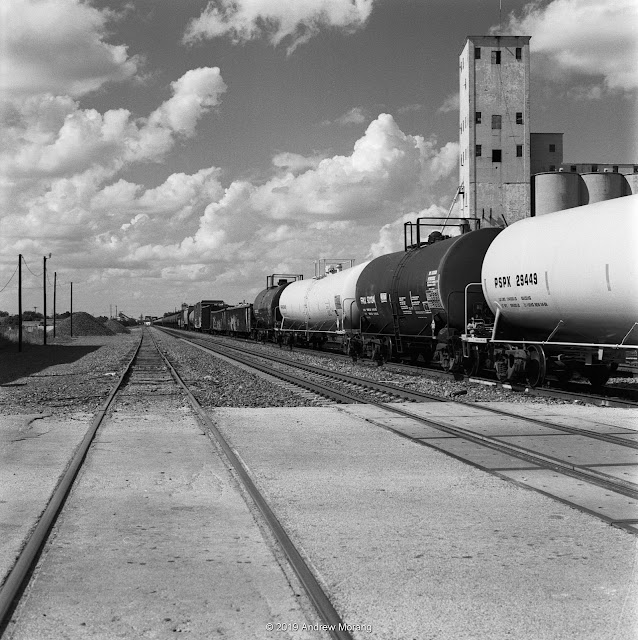 Wichita Falls is not very inspiring photographically. Because big open spaces and big skies are a defining characteristic of Texas, I took some frames near the BNSF railroad tracks. The clouds were puffy, and I used yellow or orange filters to exaggerate the skies. 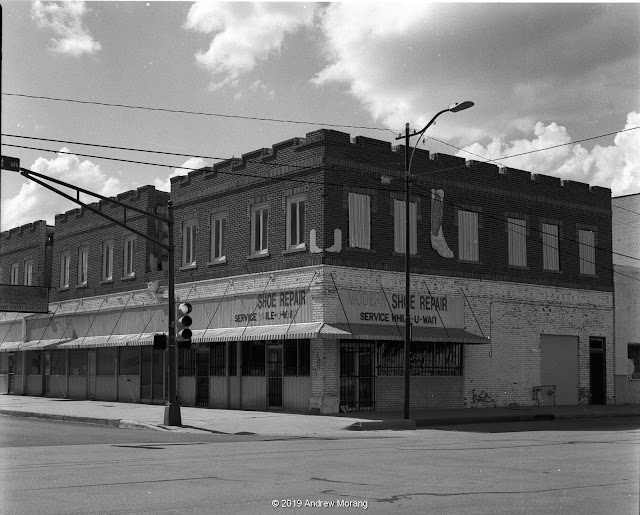 On the Saturday that I stopped, the downtown was pretty dead. A coffee shop was open, but the coffee was rather mediocre. I wonder if the town is more exciting on weekdays?

I stretched, bought some petrol, and headed northwest on US 287. To be continued....

These photographs are from Kodak Tri-X film exposed through a Hasselblad 501CM camera with 50mm ƒ/4  Distagon and 80mm ƒ/2.8 Planar-CB lenses. Praus Productions in Rochester developed the film in Xtol. I scanned the negatives with a Minolta Scan Multi medium format film scanner.
Posted by Kodachromeguy at 08:00

Those are some really nice images. Tri-X in xtol along with the Hasselblad seems like a great combination. I'd really like to try some xtol, but it seems you have to buy it in very large quantities.

Thank you! It is hard to go wrong with Tri-X in a medium format camera. And at this scale, grain is not an issue. The only thing better would be Tri-X in a 4×5" or even larger camera (i.e., serious camera).

Wichita Falls is never very exciting in my recollection, but indeed it was the "big city" while I was growing up in Graham. I love the photographs of the grain elevators--I will have to do a bit of research on them.

Wichita Falls does have the "World's Smallest Skyscraper" built as a real estate fraud. It is near the railroad museum.