Something is Fishy at the Athens Central Market

This is the first of a series of articles featuring Greece. The Greeks have occupied their rocky, rugged peninsula for four millenia, and they know a bit about decay and rebirth. Athens is the modern capital, a bustling, frenetic city of over four million. The historic heart of Athens is the Acropolis hill, around which there has been human habitation since the Neolithic period. The commercial center of modern Athens is Omonia square, about a kilometer and a half to the north. Connecting the two is Athinas Street, along which you will find tool and hardware shops, banks, bakeries, coffee stalls, bargain clothing emporiums, and the famous Central Market. 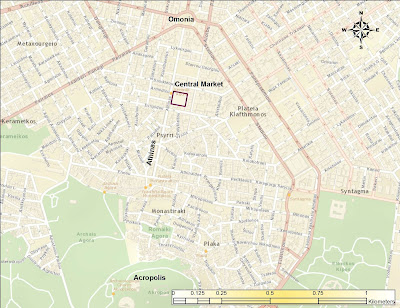 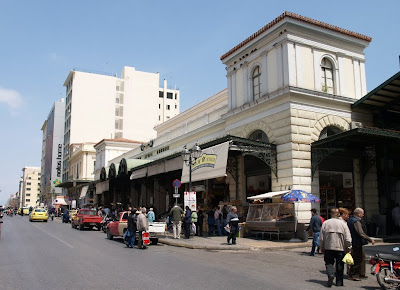 If you like visiting markets when you travel, this is a great example. It's in a decent part of town, the butchers and vendors are used to tourists, it's colorful and noisy, and it's not too smelly, even in summer. Thousands of tourists wander through, so although any American will stand out, the locals have seen much odder visitors. 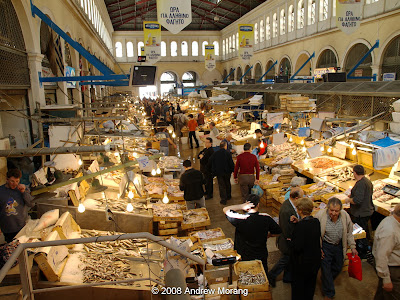 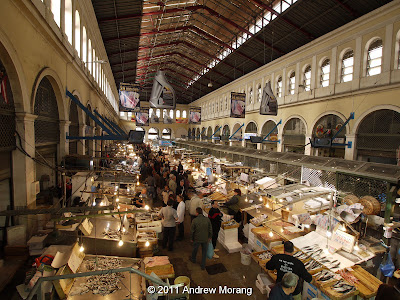 The market was built in the 1870s. According to a Smithsonian article, the mayor of Athens, Panagis Kyriakos, initiated the project in 1875. Construction continued for ten years, with the arched glass roof finally being completed in 1886. The roof you see in the photograph above is a new one. The market was renovated, painted, cleaned up, and "sanitized" about a decage ago. In my files I have photographs of the older, scruffy-looking market, which I will try to scan. I am sure entry into the EU forced the administrators to make changes to comply with EU sanitary standards. This grand hall reminds me of similar 1800s arcades in other cities. In particular, one in Providence, RI, is said to be America's first enclosed mall. 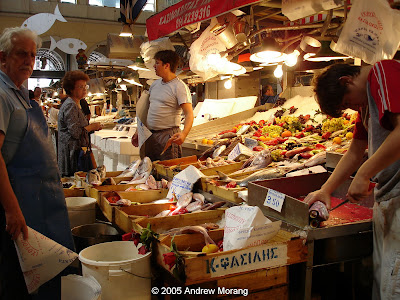 The overall market is in the shape of a large central rectangle with a "U"-shape area surrounding it. The fish vendors occupy the central rectangle, while the meat vendors occupy what was formerly the streets or alleys surrounding the 1870s market building. The streets have been roofed over, so that you think you are in one complicated enclosed building. 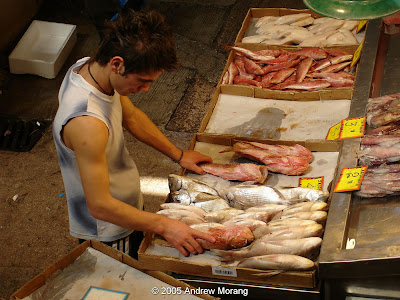 You can buy almost any sort of seafood here (well, maybe not puffer fish), but all common Mediterranean species. Cod fish and herring come from the North Atlantic, and even a decade ago, I saw boxes labeled "Product of Iceland". 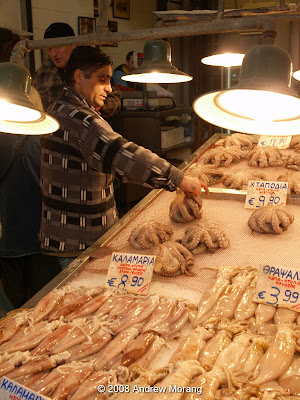 Don't forget to pick up some octopus or a squid or two. 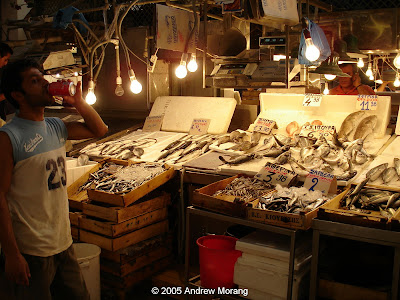 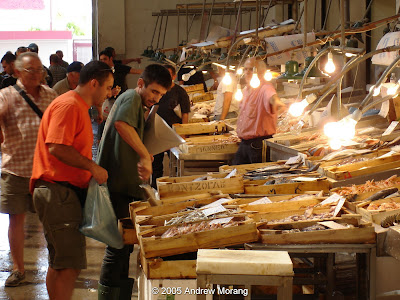 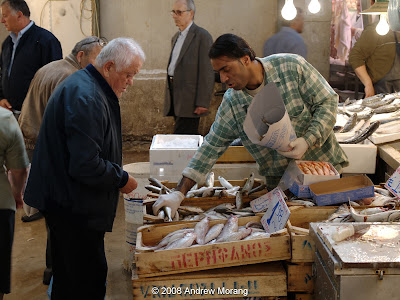 For fans of Bizarre Foods, Andrew Zimmern visited the Central Market in 2010. This episode aired on May 10, 2011. 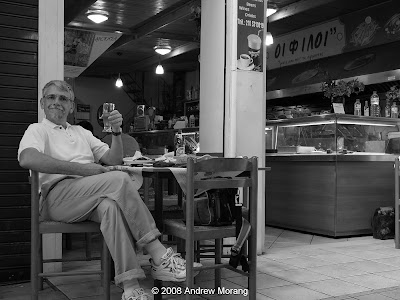 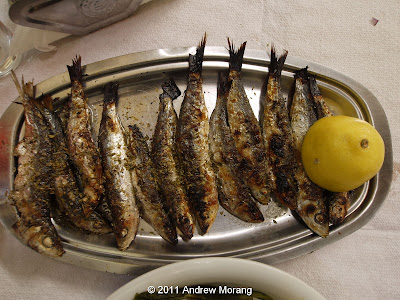 There are several modest restaurants in the market. I suggest a light meal of grilled sardines, fried potatoes, horta (greens), and crusty, chewy, delicious bread (likely to be better than almost any bread you find in the USA). Wash it down with a beer or glass of retsina (or two or three glasses). 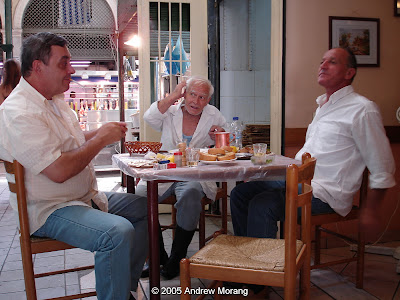 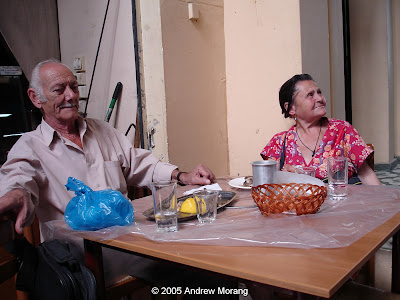 Your fellow diners will be a friendly cast of characters. They will be glad to take your picture or pose.

You can read more in the market in the Smithsonian article: http://www.smithsonianmag.com/travel/athens-200801.html
Posted by Kodachromeguy at 12:14