On the tenth anniversary of Hurricane Katrina, this the fourth in a series of articles showing some of the damage in New Orleans. 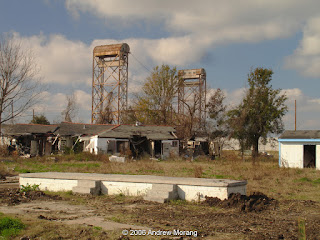 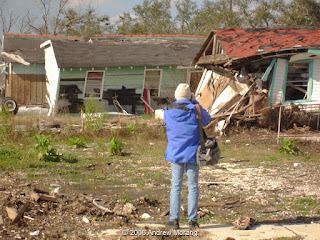 In December of 2006, I returned to New Orleans with some out-of-town visitors. I took them to the Lower Ninth Ward, whose damage and general state of abandonment was still a common topic in the news media at the time. 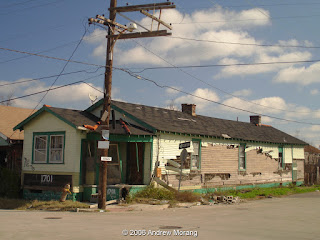 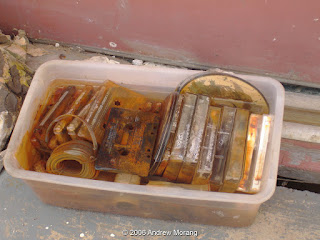 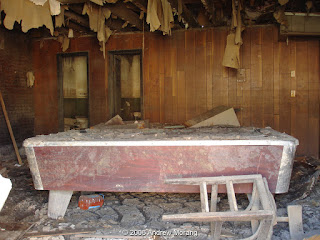 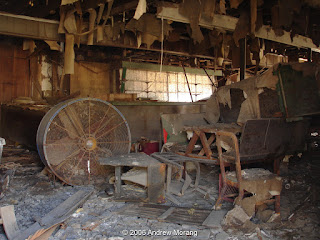 Derbigny Street was still a mess. We found an abandoned Juke Joint with pool table and cassette tapes still in place. 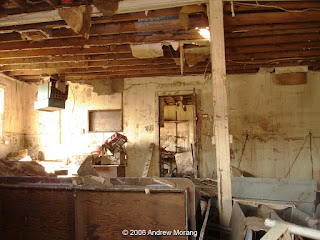 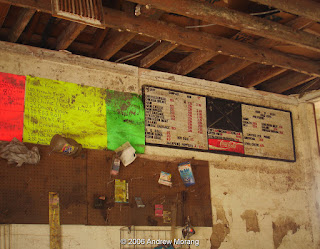 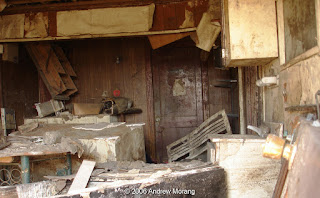 On Reynes Street, an abandoned restaurant had not been cleared out. It was sad - this was once someone's business, probably their dream of making a better life for themselves and their family. 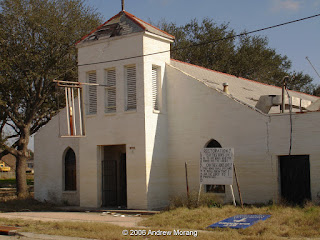 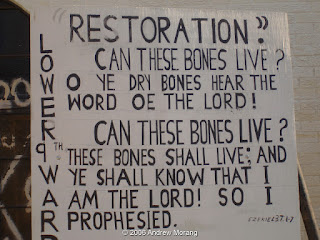 A church on Forstall Street had a plea for restoration. 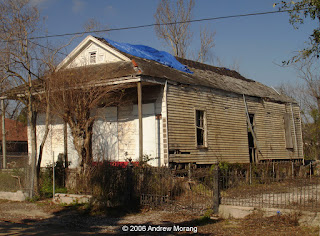 Further west, in the Upper Ninth Ward, a traditional New Orleans cottage on Chatres Street was in poor condition. The roof had lost many of its asbestos shingles. Many of these asbestos roofs were installed in the 1910s and 1920s because the tiles were fireproof and much safer than wood shingles. 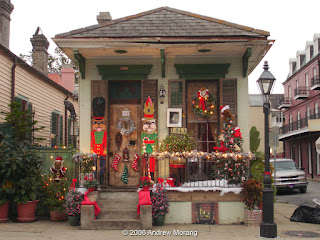 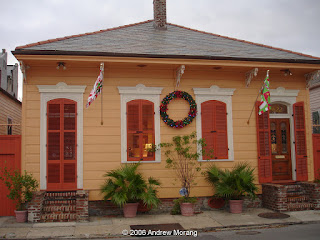 The French Quarter, which had not flooded, had plenty of tourists, and the cottages were decorated for the Christmas season. 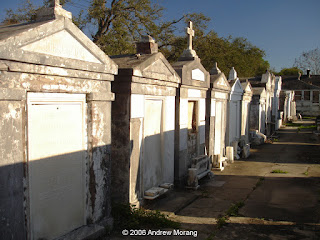 Lafayette Cemetery, in the Garden District, is the oldest of the seven municipal cemeteries in New Orleans. The cemetery was first surveyed in 1832 and laid out with two center aisles in a cruciform (cross) pattern. Save Our Cemeteries is an organization dedicated to preserving and documenting the history of New Orleans' historic cemeteries.

All photographs taken with a compact Sony DSC-W7 digital camera (a very competent 7 megapixel camera).
Posted by Kodachromeguy at 21:03