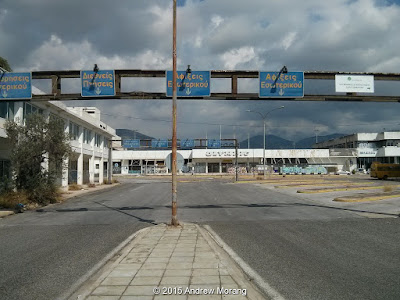 For six decades, the Ellinikon International Airport, located near the seaside community of Glyfada, served as the main port of entry for international travelers visiting Athens and, typically, the rest of Greece. Years ago, one of the runways extended almost to the sea. As a child, I recall riding on Leoforos Poseidonos, and a stop light would halt all traffic. A big 4-engine propeller plane would lumber in over the Saronic Gulf with its landing gear almost grazing the fence line. Then the light would turn green and traffic could proceed.
Between 1945 and 1991, part of the airport site was occupied by a US Air Force base. I recall that when the base closed, many local restaurant owners and other merchants sorely missed the servicemen who had provided patronage for decades. 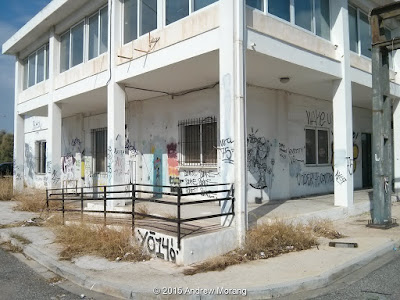 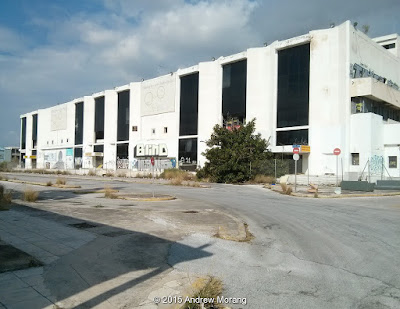 Now, when you drive in the access road to the old airport, the buildings are just sitting there with graffiti and bushes. 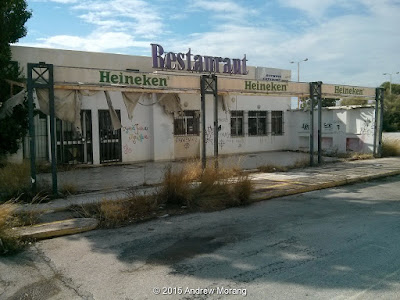 No Heineken here any more. 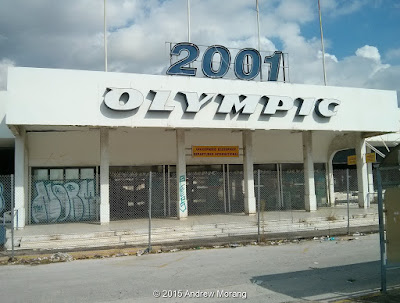 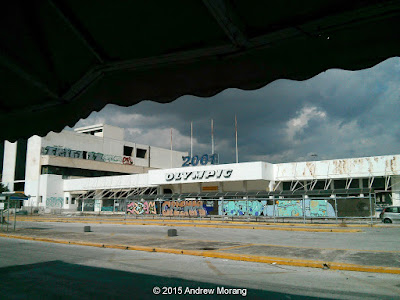 This was the building used for Olympic Airlines flights in the 1980s and 1990s. Another building was on this site in the 1950s, but I do not know when it was replaced by this homely concrete box. A newer international terminal was built on the east side of the airport, but it was a mess, with inefficient queues, inadequate restrooms, and poor air conditioning. Not much of a welcome to visitors who had spent a lot of money to fly here. 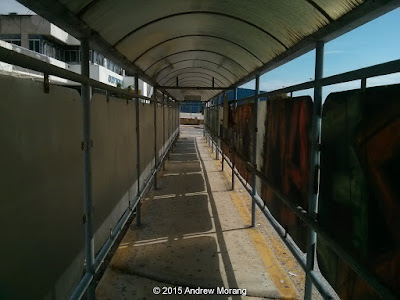 This is the former queue for taxis. I recall waiting in the blazing heat. 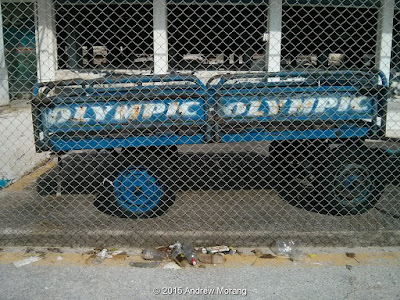 No more baggage here - maybe this could go in an airport museum. 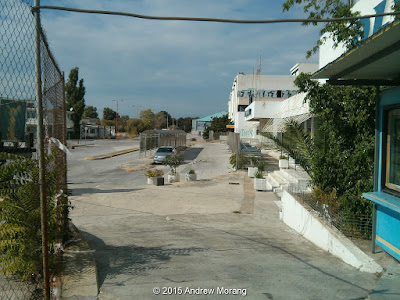 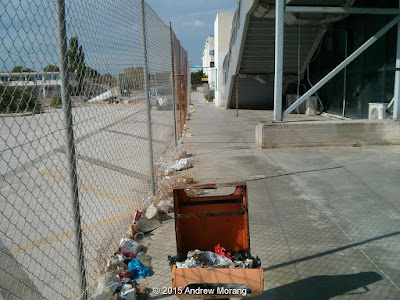 This fence has been erected since some other photographers visited the site. Someone is trying to maintain some security. 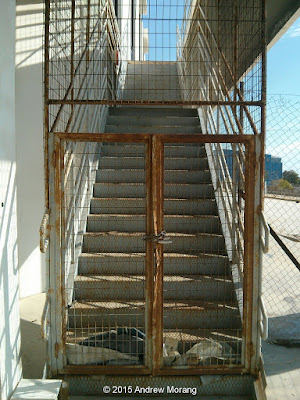 I could not find a way to get out to the tarmac. I wanted to see some abandoned airplanes parked there. 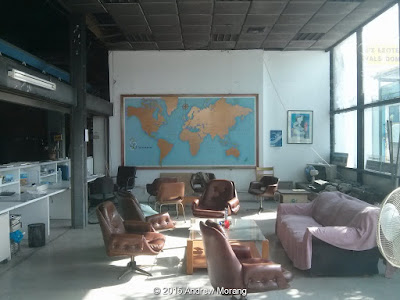 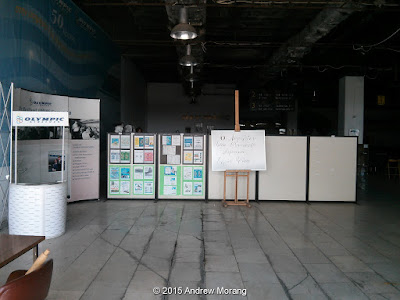 Some space is in use. Is this an Olympic Airlines museum? 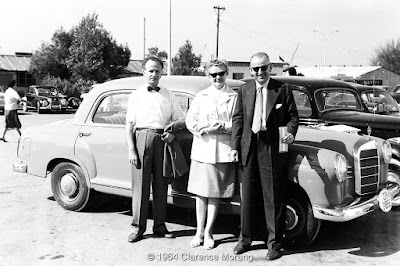 This is a family portrait, waiting at Ellinikon sometime in the early-1960s. 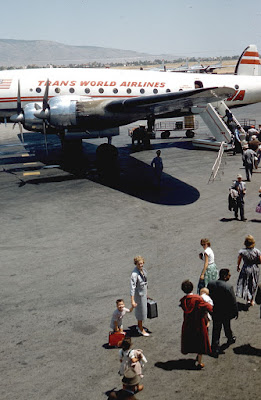 Boarding a TWA flight (do any of you readers remember TWA?) en route to Colombo, Ceylon. This is a Kodachrome slide taken with a Leica IIIC camera.

Wikipedia has a short article on Ellinikon Airport.
Posted by Kodachromeguy at 14:10