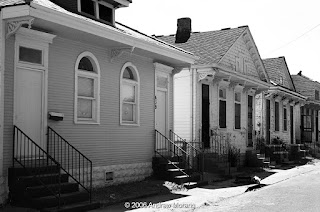 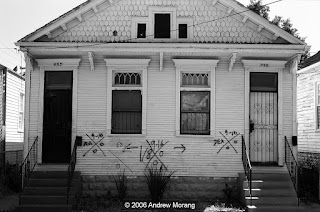 This is the fifth is a series of posts about the damage caused by Hurricane Katrina on August 29, 2005. The storm made landfall as a Category 3 hurricane at Bay St. Louis, Mississippi, with sustained winds of more than 125 mph. Because of a breach in the Industrial Canal, by 09:00 AM CDT, there was 6–8 feet of water in the Lower Ninth Ward of New Orleans. People had been warned to evacuate, but many did not heed the warnings or were unable to leave, requiring days of heroic rescue efforts by the National Guard and Coast Guard. 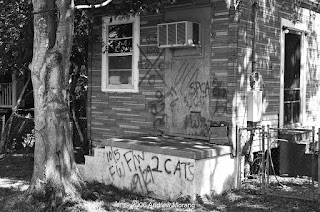 The paint marks on the buildings show where a rescue team inspected the house and recorded what they found or did not find. 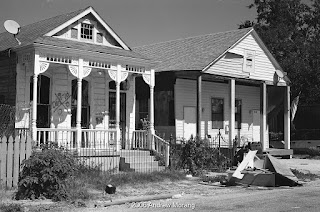 I took these photographs in October of 2006 in the Holy Cross area of the Lower Ninth Ward. The historic cottages had been flooded, but the water drained out and most looked like the were reasonably intact. Sheetrock had to be cut out, but the cypress boards were fine. 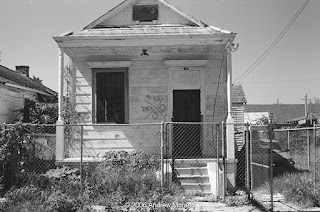 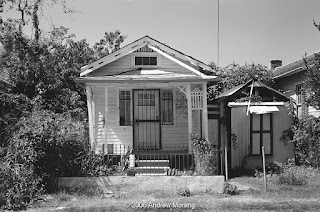 These photographs are scanned from Kodak B+W film, exposed in a Leica M3 rangefinder camera with 35mm and 50mm Summicron lenses. The B+W film scans well and is fine grain - I need to use the current equivalent more often. I love film, especially black and white; it looks different than all-digital photographs. 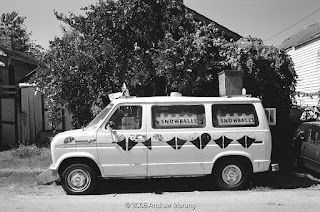 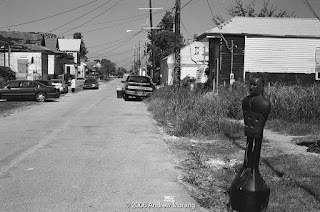 By 2006, some residents had returned and a little activity was ongoing. I think the SnowBalls truck was operational. 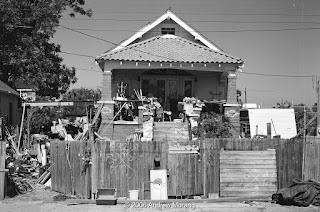 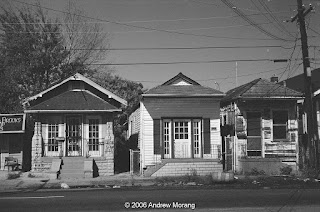 Please click any of the photographs to enlarge them or use the search function to see earlier posts about Katrina damage.
Posted by Kodachromeguy at 10:01