Dear Readers, the Yangon Central Railroad Station is such an interesting site for people-watching, I returned with my Leica M2 camera and Tri-X film early one morning to record the scene in black and white. 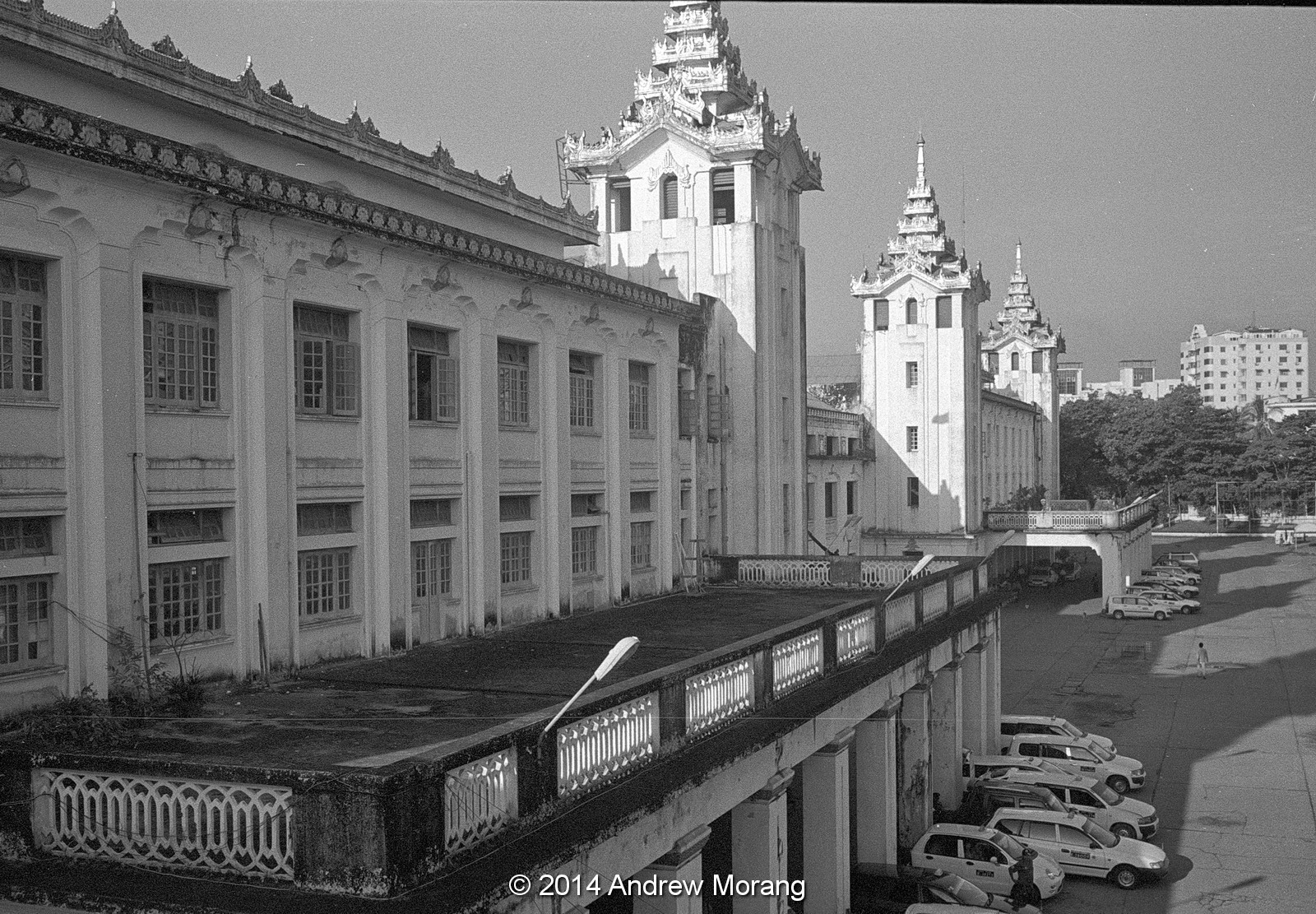 This huge building was built after World War II between 1947 and 1954 to replace an earlier building that had been destroyed by the fleeing British when the Japanese forces entered Rangoon in 1942. Unfortunately, I could not find any family photographs from the 1950s showing this station. Maybe we never came here. 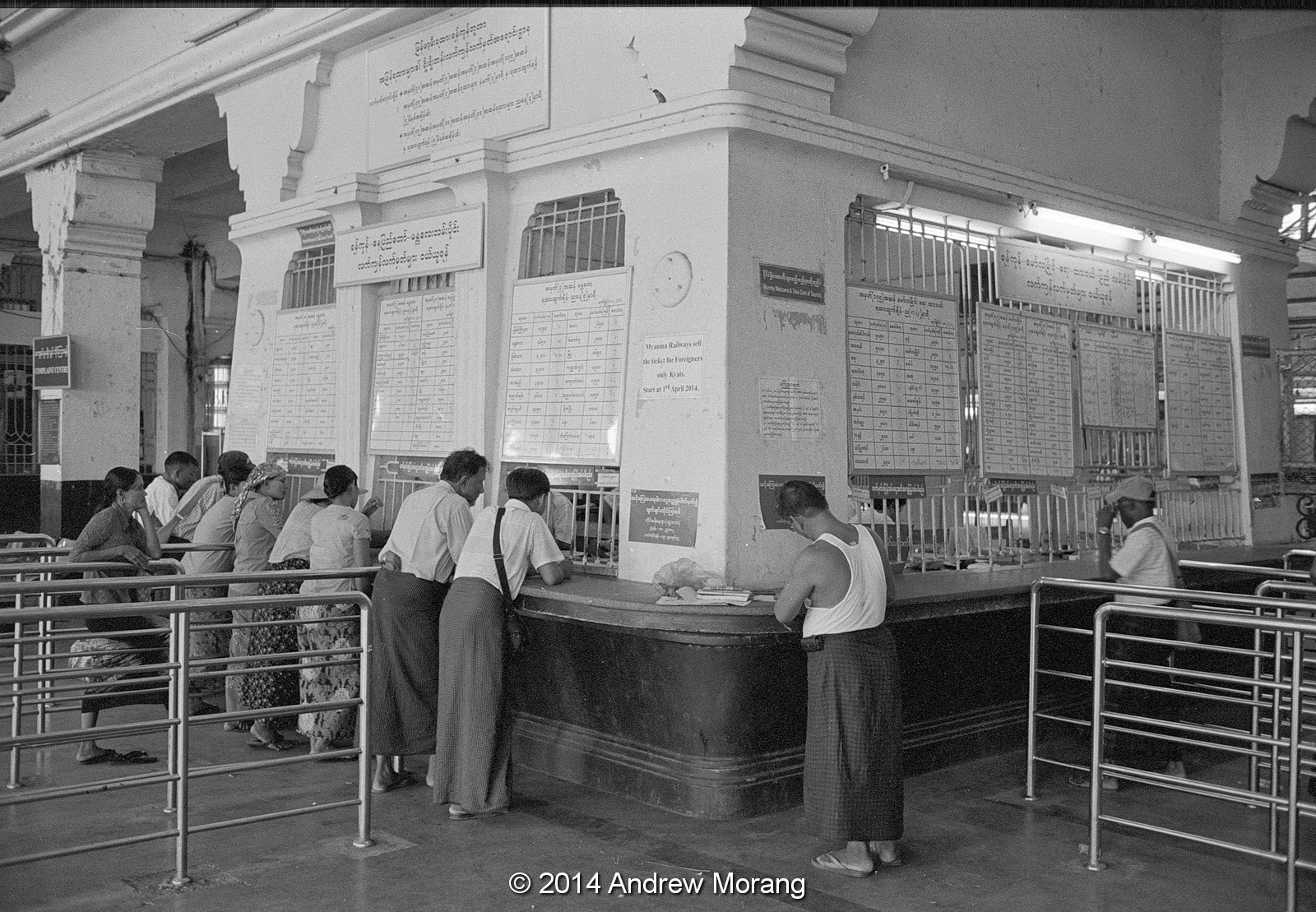 The ticket booths are old-fashioned and manual. 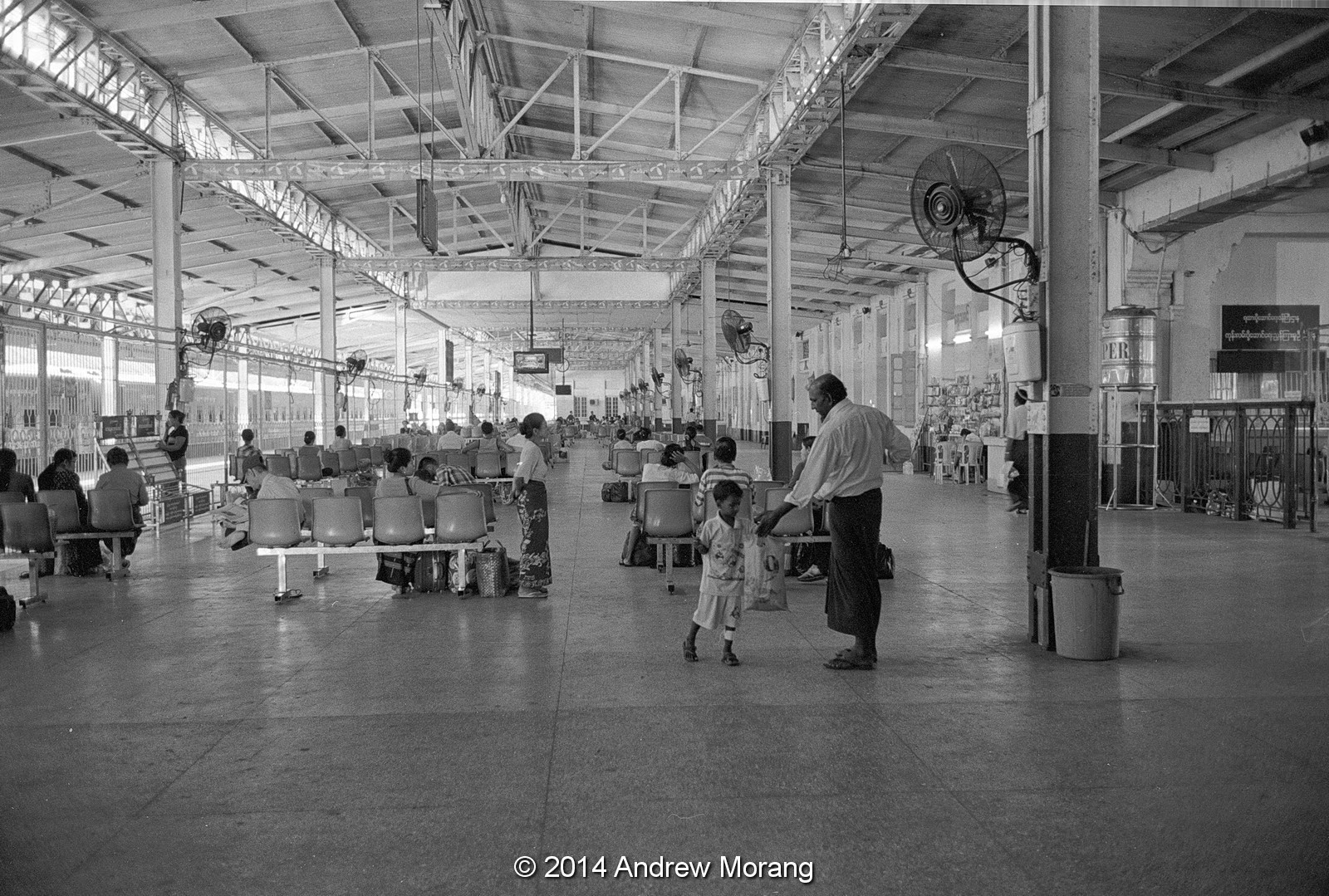 This is the waiting area for passengers on long-distance trains. We read several accounts that the train to Mandalay is a bumpy and rather uncomfortable overnight trip. 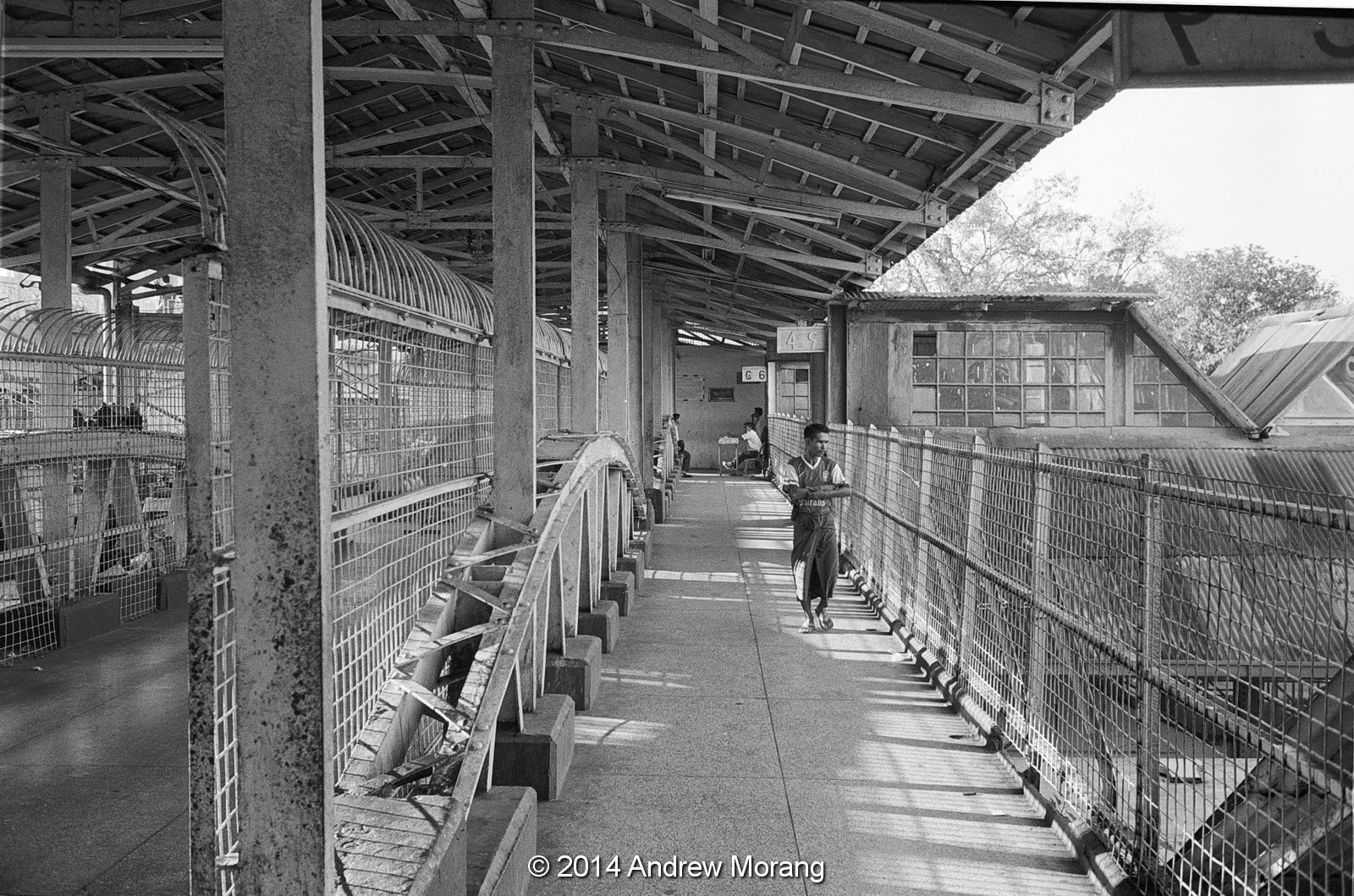 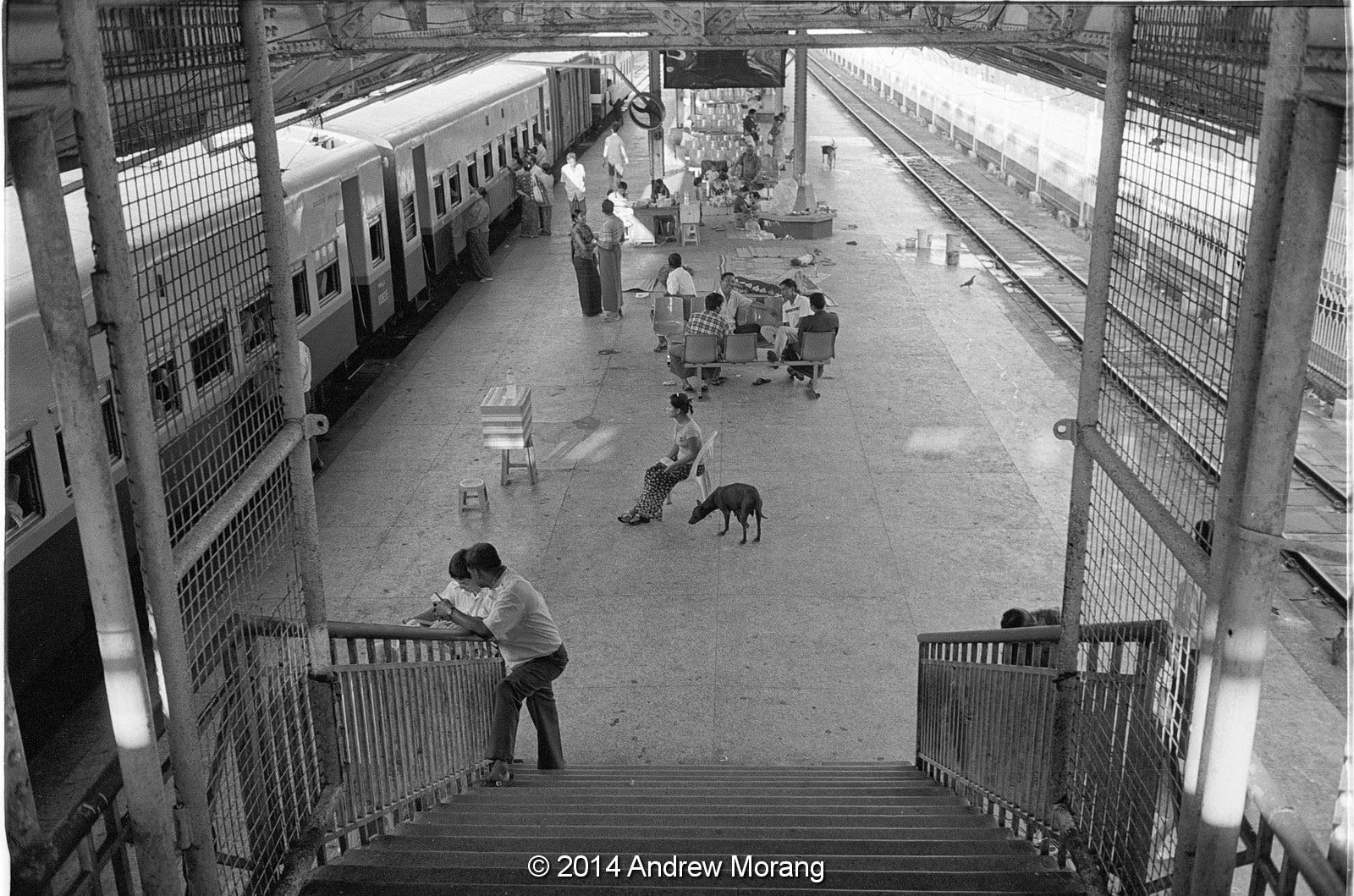 If you plan to take the local commuter Circle Train, you cross the tracks on a crossover and descend to tracks 3 and 4. The guard will direct you if you look confused. 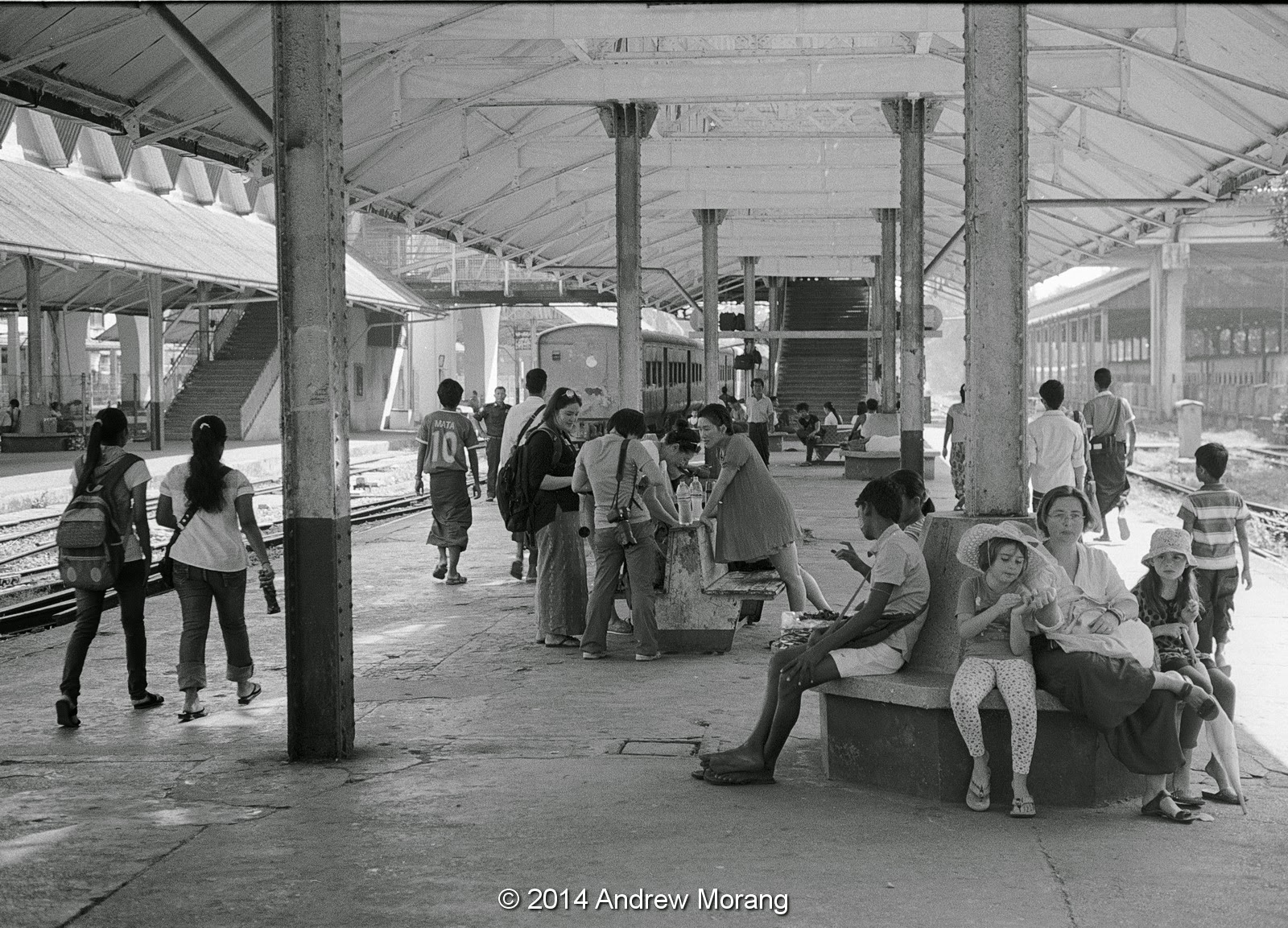 The Circle Train is popular with tourists, and at less than 600 Kyats ($1), it is a bargain. Take water and be ready for humidity, although as of October 2014, there is at least one air-conditioned train. 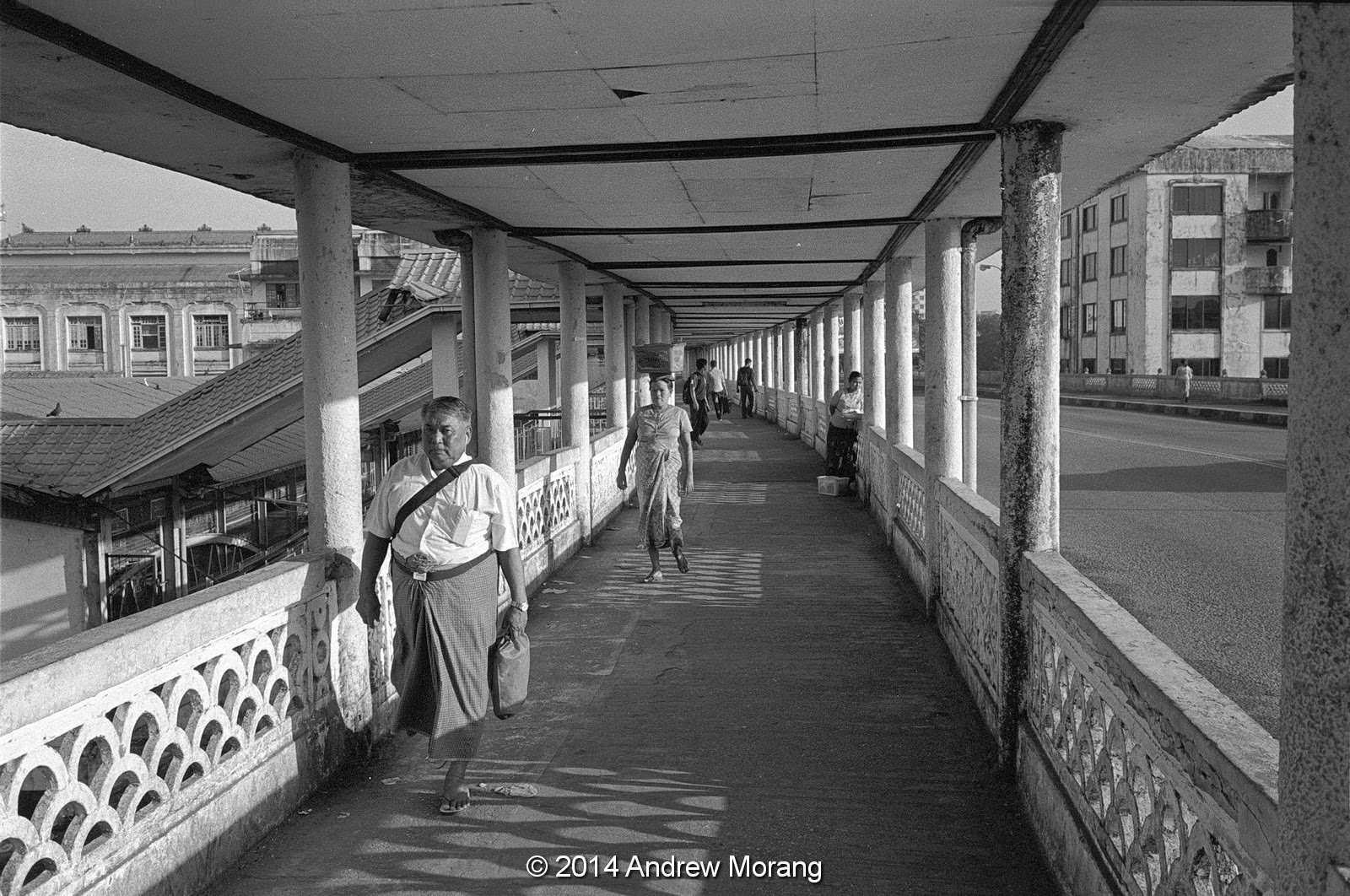 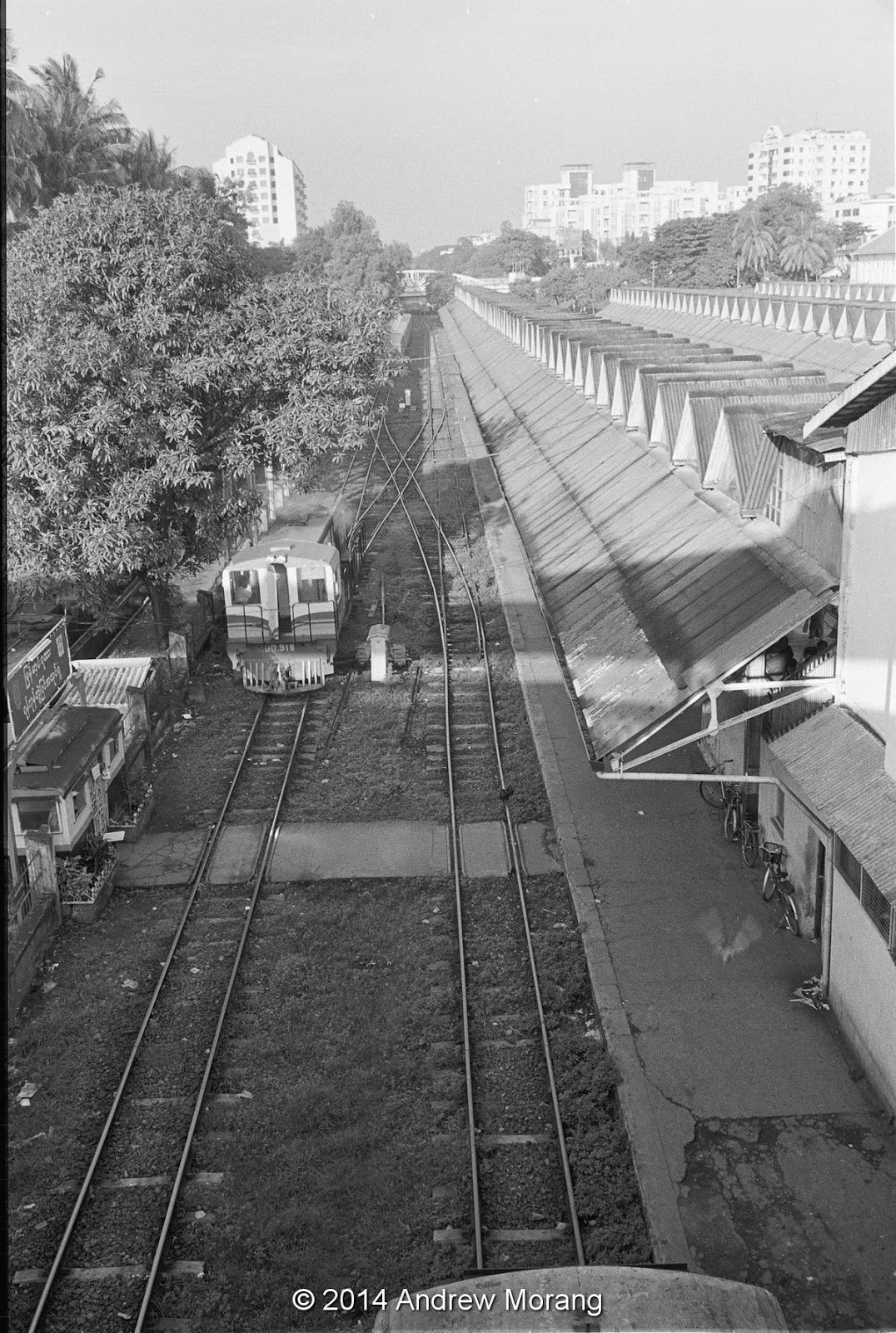 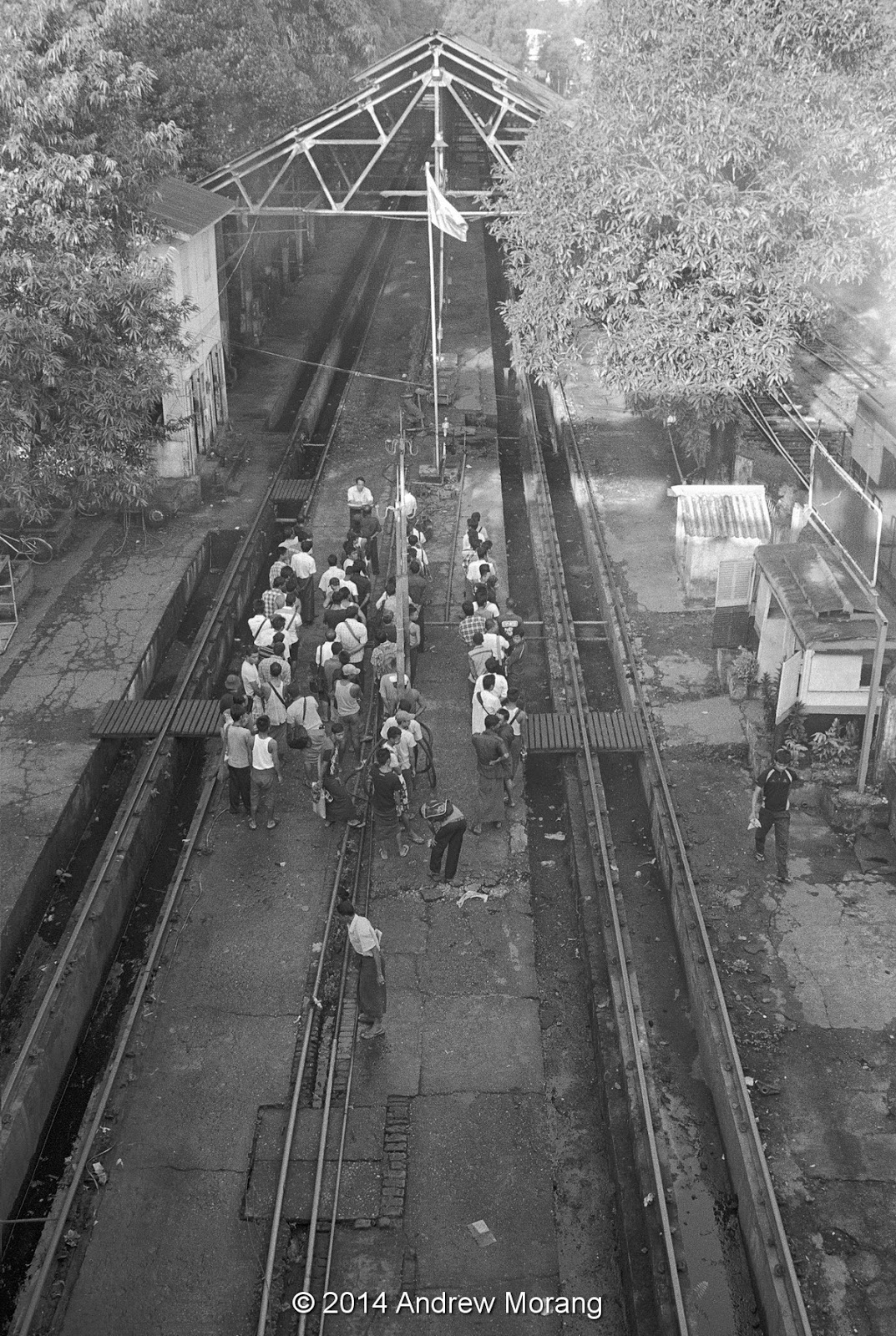 Some of the rail yard looks only partly used. Surely it was much busier in the British era. The men in the lower photograph may have been waiting for work assignments. They all had shoulder bags - possibly lunch or work clothes?

If you visit Rangoon, the Central Station is an interesting stop for people photography. Highly recommended. Please click the link for my earlier post on the Circle Train.

All photographs taken with a Leica M2 rangefinder camera with 35mm or 50mm f/2.0 Summicron lenses. The 35 was the 7-element type 4 Summicron from the late 1990s. I exposed the Kodak Tri-X film at ISO 250 and developed it in Kodak HC110 developer, dilution B for 4:30 minutes. I scanned the negatives at 3,600 dpi with a Plustek 7600i film scanner using Silverfast software.
Posted by Kodachromeguy at 11:53

Lovely storytelling and photos. I'm on my first trip (business) to Myanmar, and immediately spotted the station as my main subject for this weekend with my Leica Q

Thank you. A Leica Q - very nice! Post some pictures.