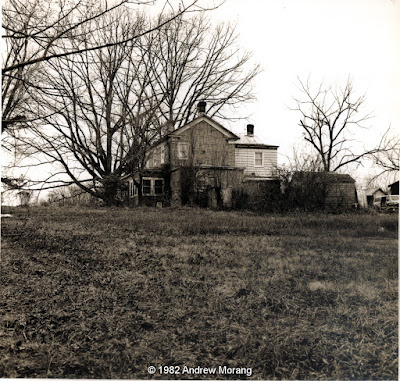 Many years ago, Tom and his family lived in an old farmhouse on Clifton Road, in Clifton, Virginia. The house dates from the late-1800s, but had many additions and renovations. 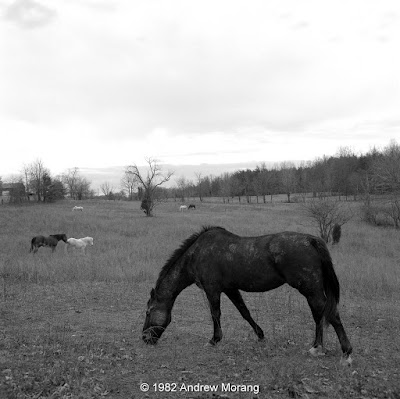 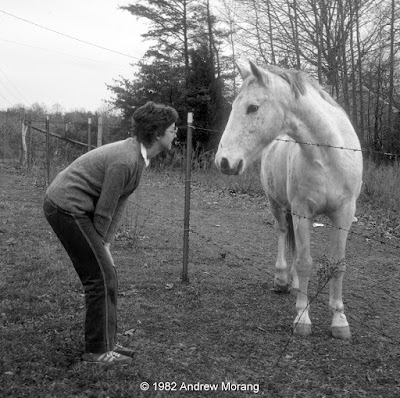 When Tom moved to Clifton in the 1970s, the countryside was still rural and pastoral. But, by the mid-1980s, the Washington megalopolis urban sprawl was beginning to overtake Clifton, and the rolling hills were bulldozed to build cheesy McMansions and condominiums. Sadly, you will not see many pastures there now. The lower photograph shows two beauties checking each other out. 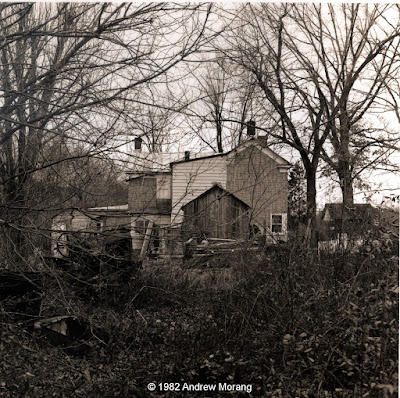 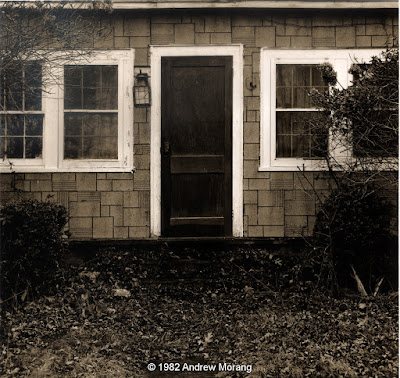 The house was covered with both aluminum siding and asphalt siding. The asphalt was similar  to roof shingles and was durable and low maintenance because it did not need painting. 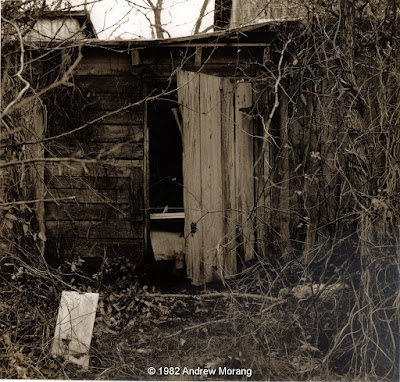 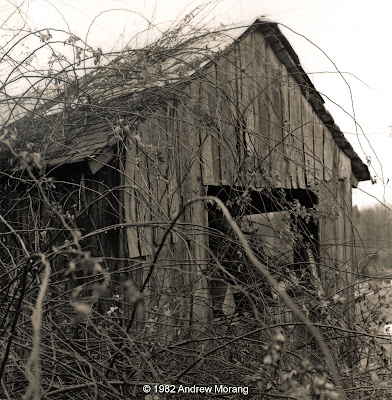 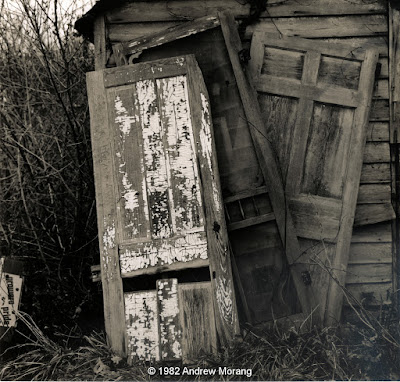 Tom had a number of barns and sheds on the property. They were interesting to explore, but some were so overgrown, it was hard to get inside. 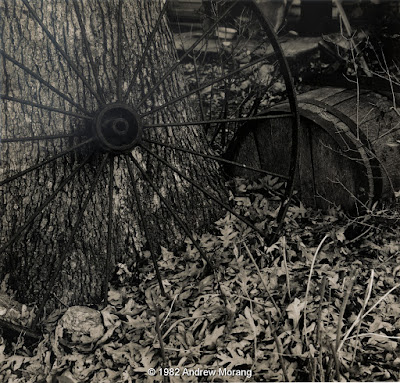 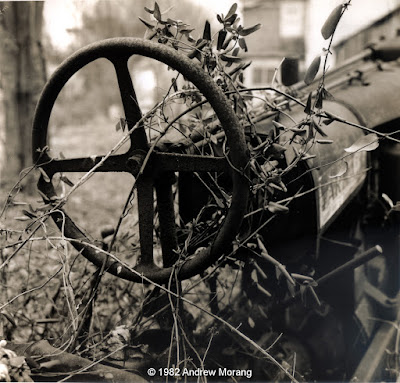 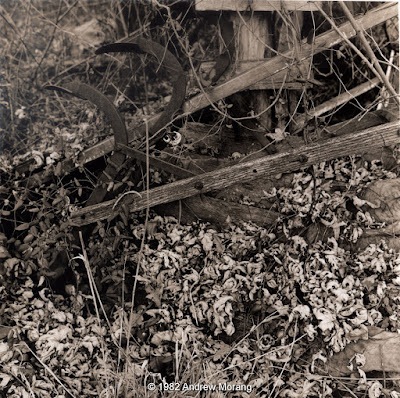 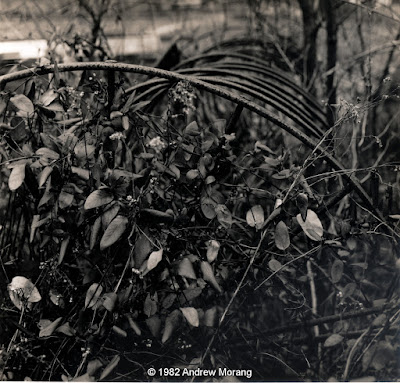 There was a lot of old farm equipment on the property, although the land had not been used for agriculture in decades. It was an interesting place. Tom passed away some years ago, and I have not been back to Clifton since then.

All photographs (except the lady with the curious horse) were taken with a Rolleiflex 3.5E twin-lens reflex camera with a Schneider 75mm Xenotar lens using Kodak Panatomic-X film. I developed the film in Agfa Rodinal 1:50. I scanned the negatives but decided they looked a bit cold. Many years ago, I printed the frames optically (meaning with  an enlarger) on Zone VI paper and toned with selenium. The genuine prints fit the mood best; there was something magical when a negative was printed on a traditional high-silver-content printing paper. The toned frames above are scans of the paper prints (scanned on a Umax scanner using SilverFast Ai software).

I sold the Rolleiflex years ago, which was dumb. So, as of April 2016, I have purchased another Rolleiflex 3.5E via eBay. Some Vicksburg, Mississippi, examples with this new Rolleiflex are here.
Posted by Kodachromeguy at 21:17

wow, imagine seeing a post on "back in the day" that is our home! glad to say it's still here, not a mcmansion, and mostly unchanged...Tom was my father-in-law